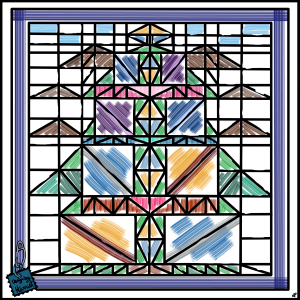 Looking at the sketch for her newest quilt, Harriet wondered if Sam could discover the hidden design.

“I have compassion on the multitude, because they have now been with me three days, and have nothing to eat:

And if I send them away fasting to their own houses, they will faint by the way: for divers of them came from far.

“As soon as Jesus heard the word that was spoken, he saith unto the ruler of the synagogue, Be not afraid, only believe.”
—Mark 5:36 KJV 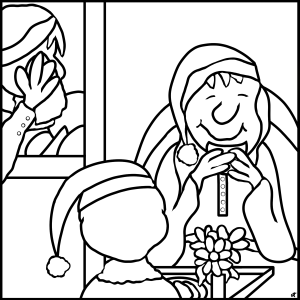 Over the years, Methodist and Baptist denominations have also worshipped in this building.

Regular worship services have not been held in the church since the 1960s. In 1994, the United Methodist Church held a deconsecration service and the town took ownership. These grist mill stones now rest along the front sidewalk of the church.

Stand on your tip-toes and peer through the third window (from left) to see the inside door.

As a unique wooden steeple, the hand pointing to heaven fell in the 1990s. A replica was installed in 2005.

Note to reader: Due to a glitch in my ongoing search for knowledge, a previous post on Mooresville, Alabama published without captions. An updated Along a Country Street: Thursday Doors with captions adds details on this historical community.

Zeke learned how to move a mountain one flake at a time.

“For verily I say unto you, That whosoever shall say unto this mountain, Be thou removed, and be thou cast into the sea; and shall not doubt in his heart, but shall believe that those things which he saith shall come to pass; he shall have whatsoever he saith.

Therefore I say unto you, What things soever ye desire, when ye pray, believe that ye receive them, and ye shall have them.”
—Mark 11:23, 24 KJV 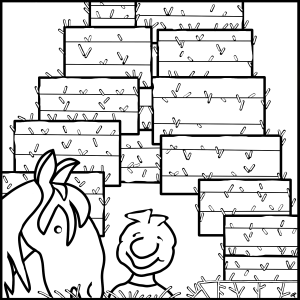 Incorporated in 1818, Mooresville, Alabama, in its entirety, is listed on the National Register of Historic Places. This building, on High Street next to the post office, has served as a grist mill, a blacksmith shop and an auto repair shop. 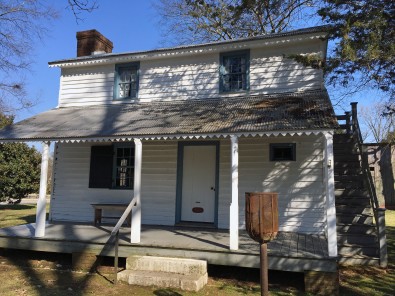 Mooresville Stagecoach Inn and Tavern, circa 1820. The first floor served as a common room, while the outside stairway led to two lodge rooms. In 1825, supper cost two bits (one quarter).

35649: Mooresville Post Office, built with sawmill lumber, has served its community from this building since 1840.

The individual mailboxes, numbered 1-48, were moved from the Stagecoach Inn and Tavern that served as the original mail center, with families keeping the same box number through several generations. 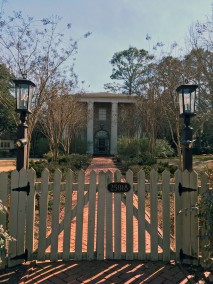 The Zeitler-Hill-McLain House. In part because of its historic setting, Mooresville hosted the filming of Tom and Huck, a 1995 Disney release. 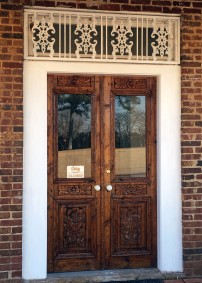 Front entrance of the Dogwood & Magnolia Bakery; storefront scheduled for opening in 2021.

A perfect spring day for gardening. With an interstate highway in its front yard, and Wheeler National Wildlife Refuge and the Tennessee River in its backyard, Mooresville has maintained a connected yet pastoral historic community.

“And they went out quickly, and fled from the sepulchre; for they trembled and were amazed: neither said they any thing to any man; for they were afraid.

Now when Jesus was risen early the first day of the week, he appeared first to Mary Magdalene, out of whom he had cast seven devils.

And she went and told them that had been with him, as they mourned and wept.

Huge waves hid the calm on the other side of the cove.

“And when the sixth hour was come, there was darkness over the whole land until the ninth hour.

And at the ninth hour Jesus cried with a loud voice, saying, Eloi, Eloi, lama sabachthani? which is, being interpreted, My God, my God, why hast thou forsaken me?”
—Mark 15:33, 34 KJV 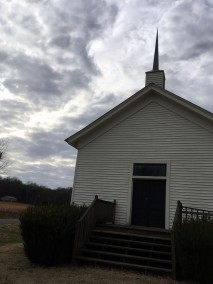 A restored 19th century community church at the Veto Road trailhead of the Richard Martin Trail, a multi-use Rails-to-Trails in Limestone County, Alabama.

The Barbara Ann: a reminder of the past welcomes campers to Mill Creek RV Park. 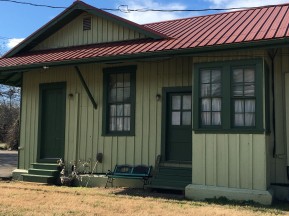 The Elkmont depot, built in 1887 by the Louisville & Nashville Railroad; restored as the community center.

The original Tennessee & Alabama Central Railroad became an important supply line for the Union army in the American Civil War; a bloody battle occurred at the Sulphur Creek Trestle (one mile south of Elkmont) in September, 1864.

The Louisville & Nashville Railroad continued as a supply line for the area until 1986.

Belle Chevre goats soak up sunshine at the creamery.

Join the fascinating search for doors of all shapes and sizes!

“When Jesus heard it, he saith unto them, They that are whole have no need of the physician, but they that are sick: I came not to call the righteous, but sinners to repentance.”
—Mark 2:17 KJV

Be sober, be vigilant.

Worthy is the Lamb:Revelation 5/color.

After seeing the jackrabbit leap across the Rio Grande, Montana believed his guide’s insistence that everything is bigger in Texas. 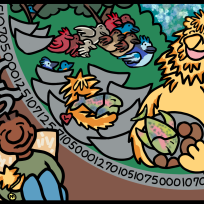 Lion of the Tribe of Judah feeds His flock:Mark 6/color.

When traveling in bad weather, Jeb depended on the open door policy of the church in Philadelphia.